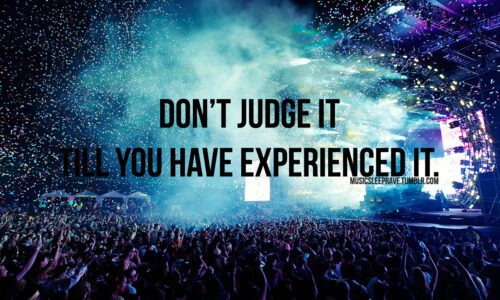 On the 27th of April 1985 in Venlo, The Netherlands, baby Robbie burst into life. He may not have known it, but that baby was born not only ready to be pleasantly overwhelmed by trance music, but to gradually become the uplifting- & tech-trance DJ and producer we see before us today. Over the years Rob’s heart developed into a 138+ beat machine and his mind expanded to equip itself with a synthesized piano.

Rob Binner (both real name and artist name) started his trance journey in 2003, becoming infected by effervescent tunes from artists like Armin van Buuren and Paul van Dyk with their classics ‘Nothing But You’ and ‘Shivers’. He started frequenting parties like Trance Energy and A State of Trance, spending only half of his total partying time running from stage to stage to see and hear artists play pure pounding beats and uplifting melodies.

Inspired by his favorite artists, Rob Binner started DJing in 2011, attuning his critical ear all the while. In 2016, he began to develop his abilities in the only field missing from his skillset, and the only thing holding back his ambition: the technicalities of music production. Even in this area Rob’s intimate knowledge of both the genre and the trance scene meant his learning curve was never steep. He put all this expertise into a blender and, eventually, his patience, effort and countless hours of hard work paid off. The biggest highlight so far is his first solo release which landed in May 2018: ’Discover’.

Rob Binner has been resident DJ at Beats2Dance radio since May 2018. Each month witnesses a broadcast of his ‘Hyper Focus’ show, packed with the best uplifting- & tech-trance releases of the previous month. ‘Hyper Focus’ is a quickfire, bitesize listening experience for those who want to stay in sync with the genre. Focus on one hour, one month and one style!

Started just as a visitor to several trance parties but after a while a good friend told me about being a dj himself, he made me enthusiastic about making your own sets.

First I got a small pioneer controller but not much later I bought myself the real deal, and now i have my own gear like 2x Pioneer CDJ-2000 nexus and a Pioneer DJM-900 nexus mixer.

DJ/producers who i like to see play are several like, Menno de Jong, Steve Allen, Factor B and Chris Metcalfe, i prefer the uplifting/vocal trance that gives me goosebumps all over.

As a blind DJ, she utilizes special equipment in order to perform. She wears two sets of headphones, one is connected to her laptop using a screen reader program that tells her the information about the tracks. Using muscle memory of her gear and knowledge of the music, she is able to transition and mix seamlessly live.

Her biggest influence is Ferry Corsten, in 2013, she met him at the Hard Rock Intervention Pool Party. During his set, she noticed the reaction of the crowd, everyone was singing, dancing, and shouting to the music. At that moment, she was instantly hooked. A year later, she decided to pursue her own career as a trance DJ.

Within a short time, she haså performed at nightclubs, music festivals, special events, and premier parties in Southern California. She has been featured at Exchange LA and  the legendary Belly Up in Solana Beach.

She continues to build her fanbase and audience through her monthly “High Energy Tunes Mix” on her official SoundCloud page and Lifted Trance Music Radio. Laut.fm/liftedtrancemusicradio. She has been a guest DJ on shows such as Trance Forever, Trip To Emotional Land, and Re:Trance. She has also been on stations including AATM, di.fm, Trance-Energy, PurHits, Vinyl Monkees, Club Radio One, and Phoenix Trance Radio.