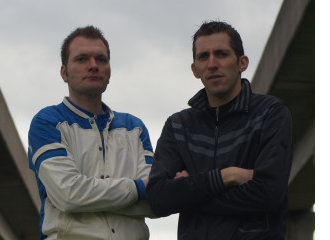 Thomas Westerman and Tom Oostink are two cousins from Amsterdam and Zwolle (NL), with a passion for trance music!

Thomas started DJ’ing as a hobby. He enjoyed it so much that he started putting all of his free time in mixing and playing at Le Bateau Rotterdam, DSL Live Utrecht, TWSTd Amsterdam and other music events. Standing with a big smile behind the turntables he likes to take the audience on a journey through trance music.
Toms passion for a wide variety of music inspired him to launch his own small company with a friend of his. Together they have been doing drive-in shows since the late 90s, bringing people the joy of music.

Tom and Thomas began to produce in 2009, after doing some technical and DJ support work during some local music events. After a successful cooperation they decided to start mixing trance music together and this resulted into hosting monthly episodes of Pure Trance Sessions at puretrancesessions dot com.
Thanks to their energetic and euphoric style they got a lot of attention which led to some DJ bookings at Mystery of Dreams in the The Escape Venue, Amsterdam and De Marke, Hattem. In 2012 they were invited to play during the massive Dutch Queensday with a pride event that took place at the Amsterdam Canals. They closed down 2012 with an energetic set on a Serious Request event which was held in De Corner in Kampen.
During the years they provided numerous guestmixes to radiostations like Slam FM and Trance Energy Radio and radioshows like Global Juice and Weekend On Air.

In 2015 they did a couple of live features at Weekend On Air on RTV Hattem and they returned to De Corner in Kampen for a Trance and Dance event called Brightcorner. Turning to the south of the Netherlands they were invited to M2 in Eindhoven to play some sets at this club which was a result of a gig at the Einhoven Goes Ibiza festival. As hosts of Pure Trance Sessions they played at the Pure Trance Sessions 200 LIVE! event which was held at Club Aesculaap in Heerde and at Hypnotic Rivertrance (which took place on a riverboat) they gave act the presence. 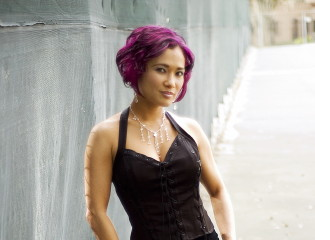 Suzy Solar (Florida, USA) shines as an internationally acclaimed trance music artist. This multi-talented DJ, music producer, vocalist and writer is becoming a legend since her start in 1997. Her track “Ocean of Love” is the opening track on disc 2 of Paul Oakenfold’s Grammy nominated album “Creamfields”, and was released on EsNtion Records with a music video. Suzy’s mix albums, “The Perfect Trance” and “The Perfect Trance 2.0,” on Neurodisc/Capitol Records topped Billboard’s U.S. Electronica charts and have made noise globally. “Samurai”, her collaboration with Arizona (Thomas Bronzwaer) has graced dance charts worldwide, including Beatport’s top 10. The track is supported by the world’s top DJs, including Armin Van Buuren (on ASOT episode #248) and Ferry Corsten. “Samurai” also appeared on the “Technics DJ Set Volume 16” compilation and on Riley & Durrant’s “A Quest For Trance 2”.

Currently, Suzy is working on the follow up to her most recent release, which was a collab with Thomas DeColita titled “The Unsaid” on Elliptical Recordings. She is now producing several new tracks of her own that will also feature her vocals. She also continues to travel, and has so far played in nine countries. Music fans love Suzy for her intuitive ability to rock dance floors with her beautifully flowing DJ sets, harmonic mixing skills, magnetic stage presence, and uplifting energy.

Suzy also hosts her own popular radio show “Solar Power Sessions”, which is one of the longest running weekly trance shows in the world. Founded in 2001, her show is syndicated on more than a dozen online stations worldwide and is available on iTunes. She’s often featured on prestigious radio shows, some of which include BBC Radio’s Dave Pearce “Trancecast”, “Resident Nation” on Music Choice (digital cable television), Paul Van Dyk’s “VONYC Radio”, “Mondo Vs Noys” on Ministry of Sound Radio, Menno de Jong’s “Intuition Radio”, and “Deep Blue Radio Show”. She can also be heard on Sirius XM Satellite Radio, Digitally Imported Radio, Worldspace, and much more. Suzy continues to be one of the most sought after female DJs in the world. You are sure to hear much more from this mulit-faceted artist for years to come.

Check out Suzy Solar on the web: 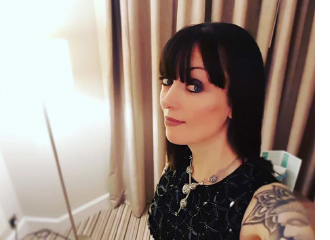 Spending her student loan on some decks, Laura (Rugby, UK) discovered her talent and pure enjoyment of mixing trance. Laura is well known for incorporating many skills and tricks into her sets using the features of the CDJ’s.

In addition to mixing music, Laura also produces her own music. With releases on Digital Remedy, Redux, Bonzai & Digitized Recordings.

Laura has achieved a lot in her career so far. She won the Mixmag Bedroom hero competition back in November 2004, which led to a set at the mighty Godskitchen in April 2005 alongside Armin van Buuren. From this set came a request to play at the Polysexual “Girlysexual” event in July 2005. Laura moved on to play out at two nights in Ibiza in August 2005 at Kanya Bar and at Play2.
She has also appeared as the Solid State Showcase on Paul Kershaw’s Saturday night show on Galaxy FM and held residencies with Dreamland and is currently resident for Brightons hottest trance night Hush.

Laura has played alongside the likes of Riley & Durrant, Matt Hardwick, Judge Jules, John Askew, Andy Farley, the Tidy Boys, BK, Lisa Pin-Up, Anne Savage, Armin van Buuren & Ronald van Geldren, to name a few. Laura also has thousands of views and many subscribers to her Youtube videos, demonstrating some skills Laura has picked up over the years.

Check out Laura May on: 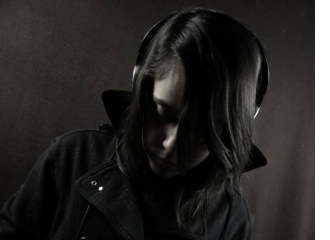 Gabriela Armas also known as Gabrielle AG is a Producer / DJ / Musician based in Guadalajara Jalisco Mexico, known by her talent, skills & charisma. According to DJ Mag Spain, (Issue #086) (March 2018).

With almost 12 years as a DJ and 11 years as a music producer Gabrielle AG is already considered as one of the most important Trance & Progressive DJ / Producers in Mexico, name as “The Mexican Queen of Trance” by Zaa (DJ/Producer).

Gabrielle AG was host of the mythic radioshow “Trancelucid” which was streamed every week on the Argentinan FM radio station “Powerbeat” and also streamed through the internet, having special guestmixers such as Solarstone, Bjorn Akesson, Daniel Kandi, Andrew Rayel, MaRLo, and many more.

Her productions have been supported by high caliber DJ / Producers on the Trance Scene such as Markus Schulz, Aly & Fila, James Dymond, Cosmic Gate, Darren Porter, Arctic Moon, DJ Feel, Manuel Le Saux, Mike P.U.S.H., Aimoon, Ori Uplift Ahmed Romel and Armin van Buuren (A State Of Sundays). Tracks that also have been selected and voted as “Best Of The Year” such as “Un Mojito” “Psychonaut (Gabrielle AG & LiveDream Remix)” and many more, some of them have been included on the “Top 15 Uplifting Only” compilations by the legendary label “Abora Recordings”.

She has been signed to high caliber label such as Magic Island. Edge One, Defcon Recordings MPS (Blackhole Recordings) to name a few.

She has been sharing the stage with artist like HALIENE, A.R.D.I., Somna, Memory Loss, Sheridan Grout, Yng, Vlind and many more.

With more than 20 Tracks on the Beatport Top 100, and many more music to be released, Gabrielle Ag can be considered as one of the most promising talents Mexico has to offer.

More info about Gabrielle AG on: